How to Get a Natural Legal High: Endorphins Explained

How to Get a Natural High: Endorphins Explained

What do chocolate, jogging, chili peppers, sex, fighting and morphine have in common? They all release substances in the brain known as endorphins! This is the collective name given to a group of over 20 organic molecules known as peptides that offer the best and most legal way of getting a ‘high!’

The word comes from a combination of ‘endogenous’ and ‘morphine’, and since endogenous means ‘within’ (the body), the meaning is clear. In technical terms, they are a type of molecule used in the brain to pass messages known as neurotransmitters. They transmit electrical signals between neurons, or nerve cells, across the ‘synapses’, or the space between two nerve cells. Examples of other neurotransmitters are dopamine, serotonin and adrenalin.

Endorphins make you feel good just as serotonins do – only stronger. They reduce your perception of pain and also lead to a feeling of euphoria.  They also reduce levels of stress and generally make you feel better. It is the release of endorphins that makes people feel good after a long run or arduous exercise, a good belly laugh or an earth-shaking orgasm. It’s not the act itself that makes people feel so good, but the endorphins that are released by the pituitary gland, spinal cord and other parts of your body.

… offer the best and most legal way of getting a ‘high!’

The most common question asked is why are endorphins released, what are the triggers and what exactly do they do for you?

Why Are Endorphins Released?

One clue for the way your body uses endorphins comes for adrenalin, another neurotransmitter released by your adrenal glands when you are under extreme stress:  adrenalin is the ‘fight or flight’ hormone. Endorphins are also secreted when you are highly stressed, and enable you to ignore pain and continue to function when you are involved in intense physical exercise:  running away or fighting.

They relieve pain, reduce stress, enable you to relax and increase pleasure – all of which can enable you to continue to protect yourself from attack. Because exercise is one of the activities that lead to endorphin secretion, and your body cannot distinguish between various forms of exercise, you feel the same pleasure symptoms and reduction in pain levels whether you are fleeing from attack, fighting an enemy or having sex.

Why Chocolate and Chilies?

That’s how exercise and sexual activity release endorphins, but what about chocolate and chili? Although both can be eaten, chocolate and chili peppers promote the secretion of endorphins for distinctly different reasons. Chocolate contains a substance known as anandamide that activates the same neuroreceptors as marijuana. Chocolate also contains substances that prevent anandamide from breaking down when digested, thus heightening its effects.

Chili works in a different way:  here it is the pain effect. The stimulation of the nerves causing pain prompts the body to secrete endorphins as an analgesic, so chili peppers work in a totally different way to chocolate.  What would you give your girlfriend to get her in a romantic mood:  chocolate or chilies? Theoretically they should have the same effect, but do you really want to give her chilies as a romantic gift? Roses are better – or chocolates!

Are The Best Legal Highs Addictive?

Endorphins are legal, and are the best and most legal way to get that high feeling you can also get from morphine or cannabis. It is said that chocolate is not habit-forming, but ask chocoholics that question! The fact is, that many people find eating chocolate to be addictive in the same way that some are addicted to exercise and sex. Others are addicted to hot foods, although the term ‘addiction’ is probably the wrong word to use here.

Endorphins ===>>>It is also certain that most men cannot go long without sexual activity, and the same could likely be said for some women.

It is true that many people feel an urge to eat chocolate, while others feel a necessity to exercise.  It is also a fact that some people must eat hot, spicy foods from time to time, such as Mexican, Indonesian or Indian foods that often use hot chili in their recipes. It is also certain that most men cannot go long without sexual activity, and the same could likely be said for some women.

Every one of these activities is known to release endorphins, and they are also legal. So could it be argued that such ‘legal highs’ are in fact addictive, or just that the desired effect is addictive?

Among the effects offered by endorphin secretion are analgesia and control of persistent chronic pain, a reduction in stress and tension, and regulation of the secretion of sex hormones.  Endorphins can also help addicts control their craving for some of the substances they use: these neurotransmitters are very powerful molecules in the way they can control certain neurological functions.

Because of endorphins, people feel compelled to participate in extreme sports such as bungee jumping and sky diving that give them this legal ‘high’, and the armed forces can fight on when badly wounded. Endorphins may also explains the ‘second wind’ that some athletes find when they are passing through the pain barrier of long-distance running.

Endorphins offer a natural high – a legal high that is every bit as satisfying as morphine or sexual intercourse – or marathon running, the rush of ski jumping and paragliding and are the reason why boxers can fight on in spite of an appalling battering and still win their contest.

Perhaps endorphins were behind the bravery of the Spartans, Hoplites and even those who rushed the beaches at Normandy.  Who knows, but natural drugs can be every bit as potent as their synthetic equivalents.
———-
Brian Verigin. Nootropics ==>> Mind Clarity and Cognitive Recognition – Click Here … Let exercise be part of your daily routine. Getting a natural high can clear the mind and get you focused on your path to success. 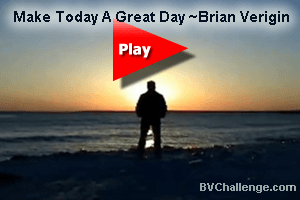 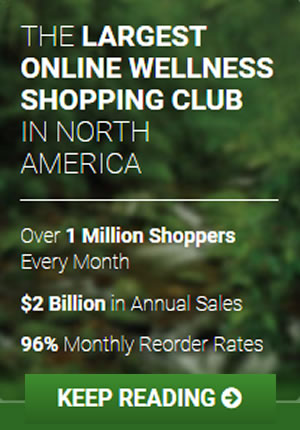